Add to Notebook56 questionsReport a problem

Relative pronouns refer to something previously mentioned. In French, the equivalent of whom/which/that can be que.

Look at these sentences using que:

Knowing when to use qui and when to use que can be tricky for English speakers, as we often mistakenly think que only means that or which but it can also mean who or whom.

use que when the word that follows is (or represents) a person or thing/s, such as Cécile, je, tu, il, etc. (as opposed to qui when the word that follows is a verb).
In grammar jargon, que is an object pronoun - que replaces the object of the verb.
If subjects, verbs and objects confuse you watch the cartoon video explaining them. They're easier than they sound.
Contrast this with: Qui = Who/which/that (French Relative Pronouns)

Replacing objects and people with que 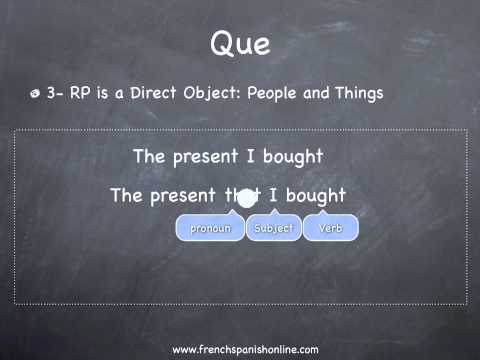 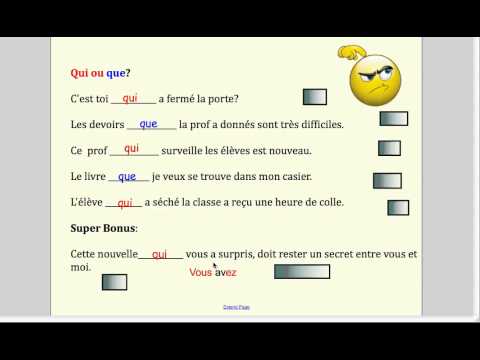