Posted by Aurélie Drouard
In: Listening or Seeing C1, Reading C1
Discussion of this reading exercise: 0

In honour of Guy Fawkes Night (November 5th), let's take a look at V for Vendetta, a 2006 political thriller film set in a dystopian United Kingdom under the rule of a neo-fascist regime, where V, the mysterious anarchist freedom fighter tries to start a revolution through elaborate terrorist acts. Highly recommended!

Here's a video of the French-dubbed movie. The introduction scene, from 2:28 to 3:54, for the character of V features one of the best alliterative monologues ever. You'll find the transcript of this scene below - click any phrase to read the English and find links to related French grammar lessons. 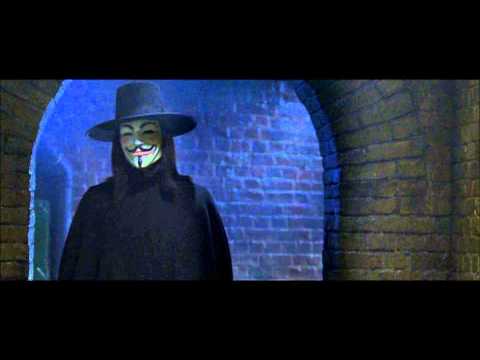 Get some more practice