Add to Notebook91 questionsReport a problem

You already know how to use "ne ... que" to express 'only' in negative sentences with simple tenses. Find out how to do the same with compound tenses in French.

How to use "ne ... que" with compound tenses in French

Look at these examples:

Notice that whereas with ne ... pas (not), pas could only be placed after the auxiliary verb (être or avoir) in compound tenses. See Ne ... pas = Not - with compound tenses (French Negations).
The restrictive que in ne ... que can be placed either after the auxiliary verb, or in front of the word it's restricting. You should place que in front of the word you restrict.

ATTENTION:
The tricky part here is that in English you place the restrictive only before the verb most of the time, even when the restriction applies to other elements of the sentence, and use intonation to insist on this element:
I only WENT to the cinema. vs I only went to the CINEMA.

In French we use the position of the restrictive que as an indicator of which element is being restricted:

Je ne suis qu'allé au cinéma I only went to the cinema (I did nothing else)
-> Here the restriction in on the action of going, meaning I've only DONE this, only this action.

Je ne suis allé qu'au cinémaI went to the cinema only (I went nowhere else)
-> Here the restriction is on the destination, meaning I only went THERE, only this place.

NOTE: You can also use seulement which means only in French, though it is not as elegant. 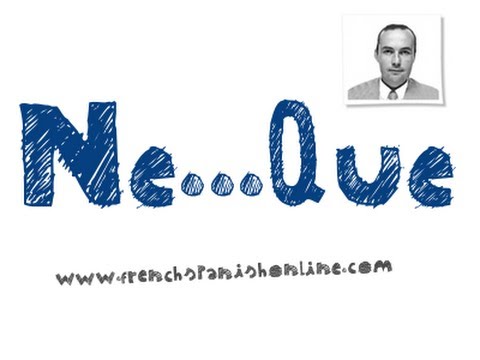