Add to Notebook91 questionsReport a problem

In French, if there are two objects pronouns in one sentence, they each take a specific position.

Position of double object pronouns in a sentence in French

These sentences use two pronouns:

Je vous la donne.I'm giving it to you.
Tu me l'as demandé.You asked me it.
Vous nous les offrez.You offer them to us.

Il les leur a apportés.He brought them to them.
Tu les lui vends.You sell them to her.
Nous les leur avons donnés.We gave them to them.
Je la lui ai écrite I wrote it to her.

There are two important patterns to notice in these sentences that are different to English.

1) the two pronouns both go before the conjugated verb (or auxiliary in compound tenses):
Je vous donne cette carte. -> Je vous la donne.
I'm giving you this card. -> I'm giving it to you.
2) the order is not the same when using lui/leur as it is for me/te/nous/vous.

The order is ALWAYS:
me/te/nous/vous   (before)  le/la/les/l' (before) lui/leur
This means sentences like I give it to him and I give him to it are indistinguishable in French because the order is fixed:
Je le lui donne.
You would need to know the context and if the sentence would be ambiguous, avoid using one of the pronouns!
See also how to use direct and indirect pronouns:
Me/te/nous/vous = Me/you/us/you (French Direct and Indirect Object Pronouns)
Using le/la/l'/les = it/him/her/them (French Direct Object Pronouns)
Using lui/leur = him or her/them (French Indirect Object Pronouns) 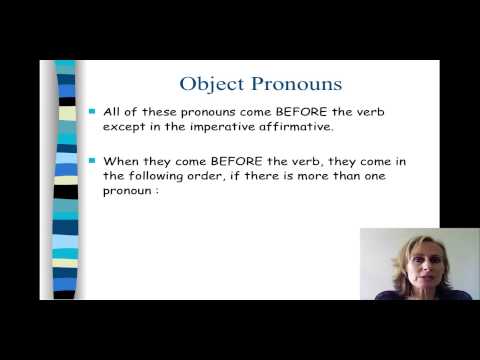 Je la lui ai écrite I wrote it to her.
Vous nous les offrez.You offer them to us.
Tu me l'as demandé.You asked me it.
Nous les leur avons donnés.We gave them to them.
Tu les lui vends.You sell them to her.
Il les leur a apportés.He brought them to them.
Je vous la donne.I'm giving it to you.