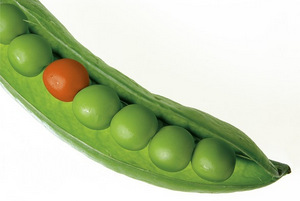 A transference error is a certain type of mistake, common to foreign language learners, which can be particularly difficult to stop making. The hardest part is becoming aware of the error; once you’ve done that, it’s just a matter of figuring out the correction and practicing your way to perfection.

Transference errors occur when students assume that aspects of their native language apply to the one they’re learning: they transfer the rules of one language onto another. These types of errors can be tricky to overcome because students are typically unaware that they’re making them. When you want to say “eagle,” for example, and realize you don’t know how, you’re aware of this gap in your knowledge and you can look it up in the dictionary or ask a friend. But transference errors are much more difficult to spot – you usually need someone to point them out to you, or you need to explore contrastive analysis (the study of structural differences between two languages) in order to pinpoint the ones you’re making without even realizing it.

Beginning and even intermediate students often assume that they can say something in French just by changing the words, without looking at the underlying grammar. But there are many structural differences between English and French (indeed, between any two languages), so you definitely need more than a bilingual dictionary to communicate effectively in a new language.

Here are just a few big differences between English and French:

Error check: Your Kwiziq studyplan will find these and other errors in your French grammar knowledge, and our friendly A.I. KwizBot will test you until he’s sure you’ve overcome them.

English speakers learning French are fortunate that so many words are spelled the same or very similarly in the two languages. However, they don’t always mean exactly the same thing; assuming that they do is a transference error.

Error check: There are thousands of “true friends,” but don’t automatically assume that similar words have similar meanings – always confirm with a teacher or dictionary.

Another common transference error is the word-for-word translation of idioms (idiomatic expressions) into a foreign language. Idioms are particularly tricky because they often don’t make much sense when you really look at the words, and the foreign language equivalent may be straightforward or equally non-sensical upon analysis.

Error check: Once again, dictionaries and native speakers are your friends, as are these expressions lessons from our Education Partners:

Is "idiotismes" really a good translation for "idioms"? :)

OMG! There are so many, many rules. Will a person who may not be able to visit France ever be able to speak the language?