Intensity is vital to language learning

Posted by Laura K Lawless
Comments: Be the first 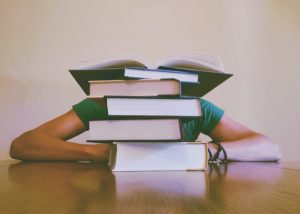 Beyond the straightforward math you can do to figure out approximately how it will take you to reach your desired level of language proficiency (see What is fluency?), there are two other things to consider.

Immersion in a language exponentially increases your language hours, and inversely decreases your fluency timeline. For example, let’s say you want to reach B1 proficiency,* which is estimated to take 600 language hours. If you’re studying in your native country for five hours a week, it will take you approximately 120 weeks to reach this goal, a bit more than two years. But if you study in France for five hours a week and spend a couple hours every day chatting with friends, watching movies, and reading the news, you’ll actually be putting in about 20 hours a week and therefore it should take you about 30 weeks – a mere seven to eight months – to achieve B1 proficiency. Definitely a lot more reasonable, and you get to live in France to boot!

Studying for five hours a week is no guarantee that you’ll retain five hours’ worth of lessons at the end of each week. We all know the old adage “if you don’t use it, you’ll lose it,” and nowhere is this more evident than in learning a language. So this ties in nicely with my first point: after you study for an hour, whether in a class or on your own, make the effort to spend some time chatting, reading, and listening – this will help you remember a lot more of your studies.

If you can’t live in a French-speaking country, find your nearest Alliance française, Institut français, or community college. Take part in discussions, sign up for outings, attend seminars – anything that will give you extra exposure to the language. And if there’s truly nothing available, why not create your own French club? Hang flyers at the library, place a classified ad, post messages on expat sites… just get the word out that you’re looking for other French speakers – native or not – and you’ll have plenty of practice partners in no time.

Returning to the idea of learning a language as climbing a mountain (see Realistic expectations), imagine that it’s winter: ice on the ground makes the trail slippery, and you might take three steps forward only to slip back one or two. Climbing faster can help prevent much of this slippage and get you to the top that much more quickly!

*B1 is intermediate level on the CEFR language proficiency standard. To find out where you are on this journey, take our French CEFR test.